A recent survey commissioned by New Ireland Assurance reveals that three quarters (77%) of women who return to work are concerned about work/life balance and the same proportion (75%) are anxious about childcare arrangements, while working arrangements are a concern for half (46%). The research, conducted in conjunction with eumom, surveyed over 1,375 mothers who recently returned to work or currently are on maternity / career leave.

When it comes to how women feel about returning to work,  more than half feel anxious and nervous about returning to work while a significant proportion feel sad having to go back to work (45%). This feeling of sadness is more pronounced among women who already have children (45%) than among expecting mothers (22%).

When considering returning to work, the social aspect of work is important to the majority (55%) followed by the financial incentive (47%). The need for work to balance out their home life is also a desire that one in three (36%) agrees with, especially among mothers who are closer to returning.

When asked about what would make the process easier, over 80% of respondents cited flexible working arrangements, followed by an ‘easing in’ process where there’s additional time given to getting back to full capacity. One quarter of respondents also cited additional communication from an employer prior to returning as something that would make it easier for them. Slightly less than two-thirds (60%) said they had some level of support from their employer in advance of going back to work compared to one in four (26%) who had none.

Being a working parent is considered difficult in terms of balancing both career and parenting responsibilities by four in five respondents. The more children women have, the stronger this view becomes – 62% of expecting mothers regard it as difficult compared with 79% of women with 1-2 children and 86% with 3-4 children.

When asked about their preferences on working full or part time, 80% would rather work part-time on returning to work. However, this preference somewhat decreases as the level of responsibilities women have in their job increases; 86% of junior team members would prefer to work part time compared with 70% of Senior Managers & Directors.

Unsurprisingly, the number of children that women have also influences their preference with three quarters (74%) of expecting mothers preferring to work part-time on their return to work compared to almost nine in ten (87%) with three or more children.

Oonagh Kelly, Head of HR, New Ireland Assurance commented: “These research findings paint a vivid picture of how women feel about the prospect of returning to work. After a career break or maternity leave, both men and women should feel supported throughout the process by their employer. 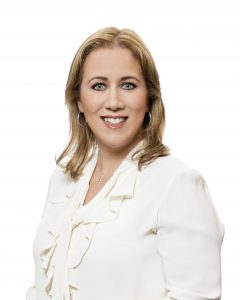 “The research shows an appetite for employees to be kept in the loop before coming to work; a simple induction meeting to cover company news or a ‘buddy’ system so the person is paired up with a colleague who has been through a similar experience.

“It is up to employers to find out directly from colleagues what their concerns are and how they can be supported more throughout this process. We have partnered with ‘Mum Talks’ to run a series of special workshops ‘Return to Work with Confidence’ aimed at women who have recently returned or are returning to work after maternity leave.”

About Mum Talks Workshop – Return to Work with Confidence in partnership with New Ireland Assurance:

The partnership is aimed at women who have recently returned or are returning to work after maternity leave. It will run every 6 weeks in Dublin and is facilitated by career psychologist and owner of A Career to Love, Sinead Brady.

The workshop is designed to be a practical, high energy, fun and engaging workshop to prepare women for the return to work. Topics covered include; practicalities, momentous moments, non-negotiables, first 100 day back strategy and permission to design your own success.

We are currently experiencing technical issues with our New Ireland Online customer portal, we apologise for this and are working on a solution. If you need any policy information please contact us

Thank you for your patience.